Exhibited at  Berliner Festspiele Garden of Earthly Delights alongside 20 international artists using the space of the garden as a metaphor for the state of the world, in an exploration of the complexities of our chaotic and increasingly precarious present.

In my Ngugi culture we are in reciprocal relationship with all living things, we belong to country, where all living things co-evolve. In western culture humans have dominion over all other living things. These are strongly conflicting world views. A garden is a place where the natural world is ordered by the human world.  It is important to listen to what gardens are saying to us, to become aware of who professes to own such gardens and the histories behind why they were created.  Historically, what we now recognise as bio-piracy was about obtaining spices from the new world – sugar, tea, cinnamon, pepper etc. for the tables of the powerful:  royalty and wealthy merchants, for their kitchen gardens. Then for their pleasure gardens to demonstrate their wealth.  Later botanical gardens were opened for the enjoyment and education of the public.  In recent times there has been a rise in community gardens for people who do not have access to land to grow food.  Being invited to do a residency at the Mt. Coot-tha Botanical Gardens in Brisbane, Queensland, Australia in 2018 meant that I followed my artistic practice of deep listening at a specific site, and the plants that spoke most loudly to me about the state of the world there were those in The Dome Hothouse which houses plants from colonised countries around the world are still considered exotic by western terms of reference. Colonisation has resulted in many Indigenous plant species – whole forests in fact – being endangered or lost because of mono-culture, such as palm sugar production, and because of invasive introduced species, both plants and animals.  On the continent I live on, now known as Australia, western industrialised agricultural practices have damaged country and depleted water resources, so that the lands that were sustainably managed by First Peoples for at least 80,000 years may never recover.  Colonists not only imported exotic plants such as sugar and cotton, and animals such as cattle and sheep which have caused irreversible damage, they also enslaved and transported people to work their plantations. These damaging practises of growing and farming are still continuing, severely depleting country that my people are deeply connected to.The sustainable agricultural practices of Australia’s First Peoples involved careful management of the land to ensure the regeneration of foods and resources that were Indigenous to each area: sea country, wetlands, forests and deserts.  Food and resources were shared when in season. Many European explorers starved and died of thirst on our lands because they couldn’t recognise Indigenous foods, and didn’t know how to find water.  Today Indigenous Cultural Intellectual Property (ICIP) of economic significance and value to the Western world has no protection from theft under Western Law in Australia, despite decades of advocacy by First Nation lawyers, seeking protection of Indigenous Knowledges from financial exploitation.

Ngali ngariba” extends the concept of listening to plants from the local context [Why listen to the plants? curated by Liquid Architecture’s Dr. Danni Zuvela, and exhibited in 2018 in The Dome Hothouse, Mt. Coot-tha Botanical Gardens, Brisbane, Australia 3] to the global context, at the an “Garden of Earthly Delights” (GED) exhibition (26 July-1 December, 2019), during the Berliner Festspiele at Gropius Bau Museum. GED, Curated by Director, Dr. Stephanie Rosenthal, with Clara Meister, brings together “20 international artists using the space of the garden as a metaphor for the state of the world, in an exploration of the complexities of our chaotic and increasingly precarious present”. Ngali ngariba, a site-specific installation and sound work, gives voice to plants transported during the voyages of discovery from their plant communities in the ‘New World’ to the hothouses and greenhouses in the pleasure gardens of the ‘Old World’. Living plant specimens installed in the Gropius Bau Museum, sourced from the Botanic Garden and Botanical Museum Berlin (BGBMB), ask, in the Indigenous languages of their countries of origin, “Why am I here?” A specimen Indigenous to Australia, the Acacia iteaphylla (blackwattle tree) from the BGBMB’s Australian Garden asks, Minyangu ngari gadji? (Why am I here?) in the language of the Ngugi people of the Quandamooka. (full essay here) 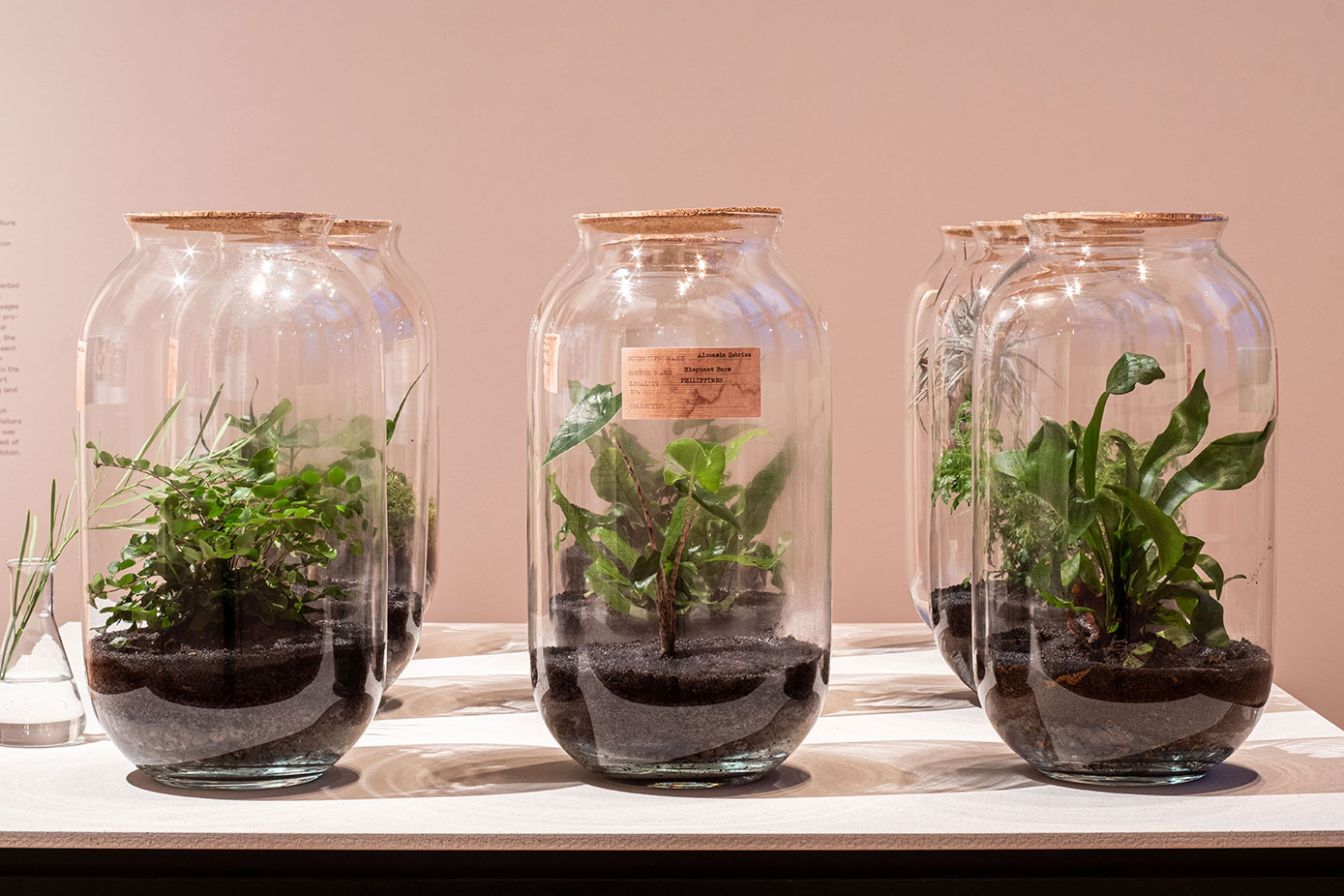 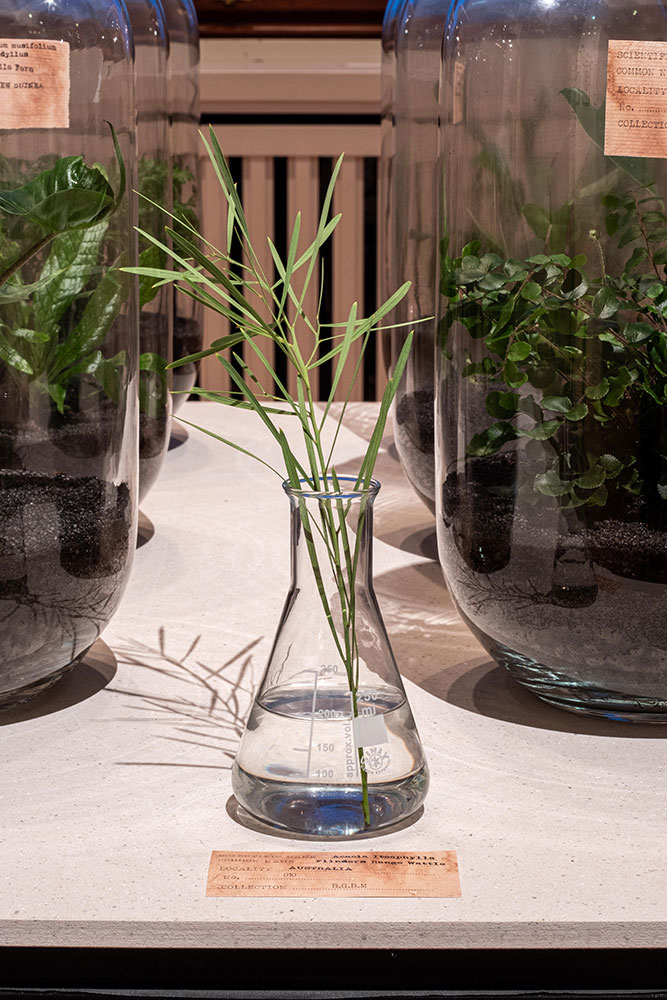 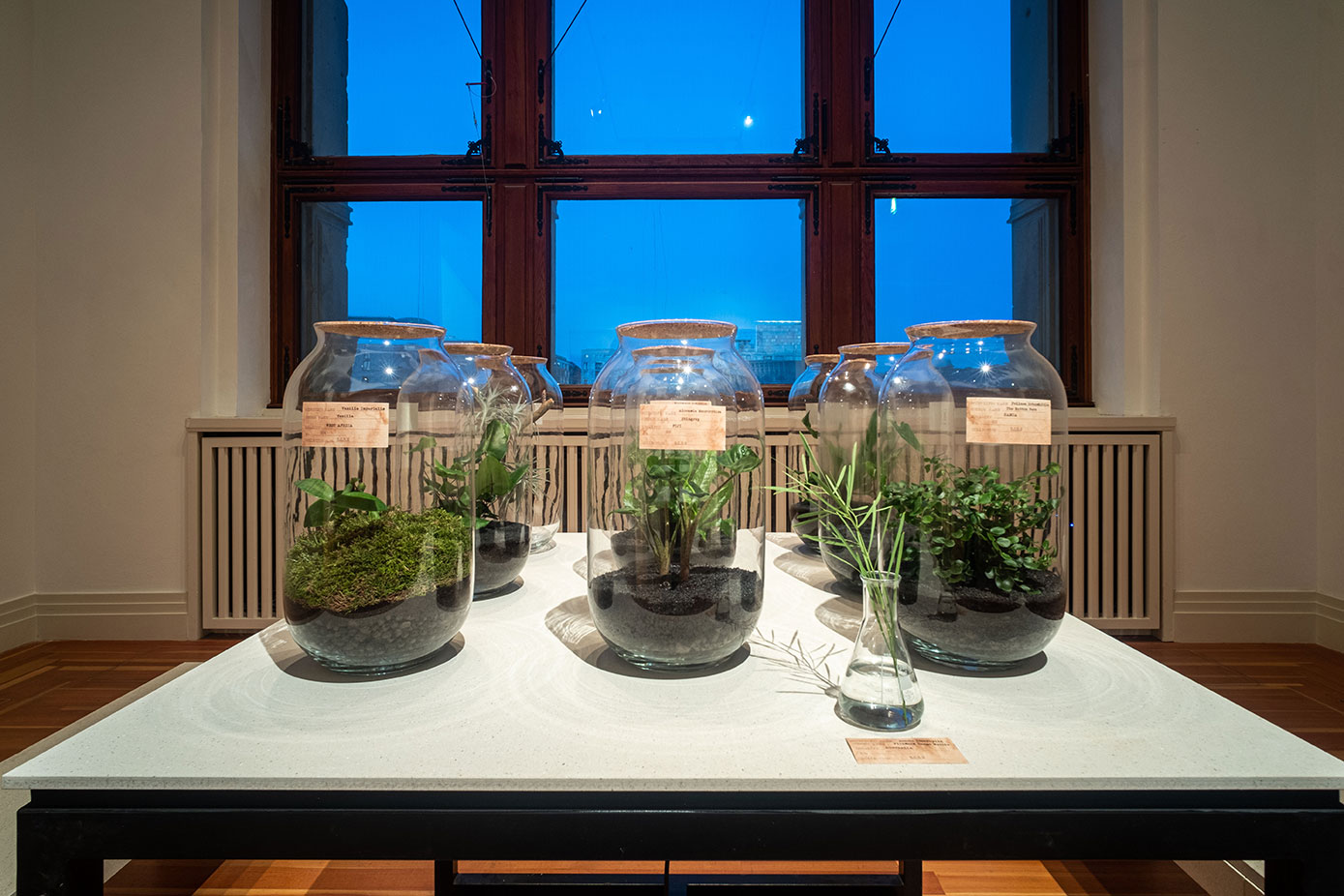 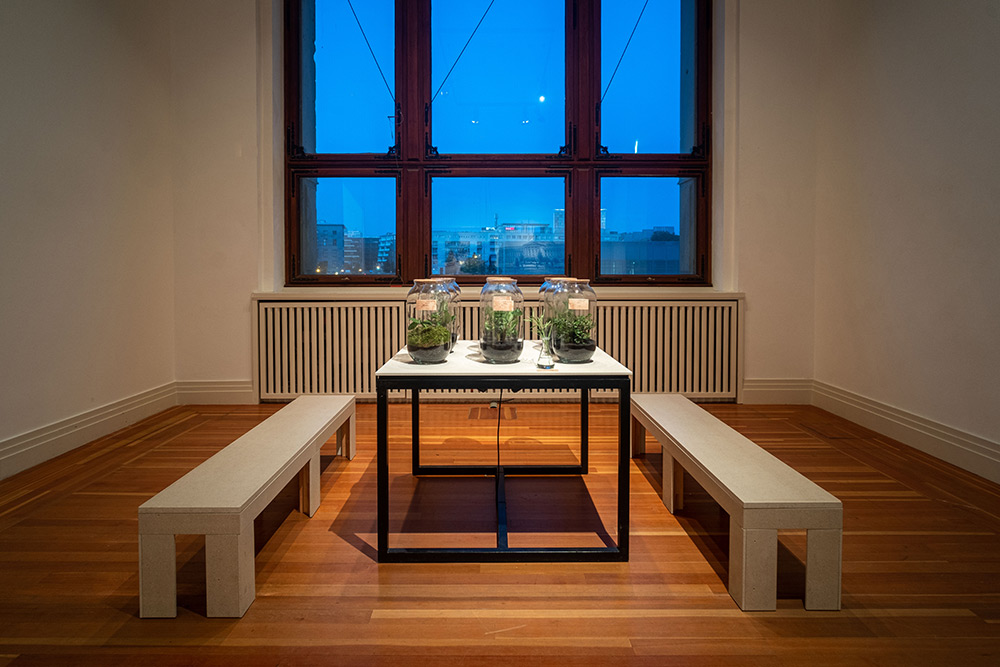 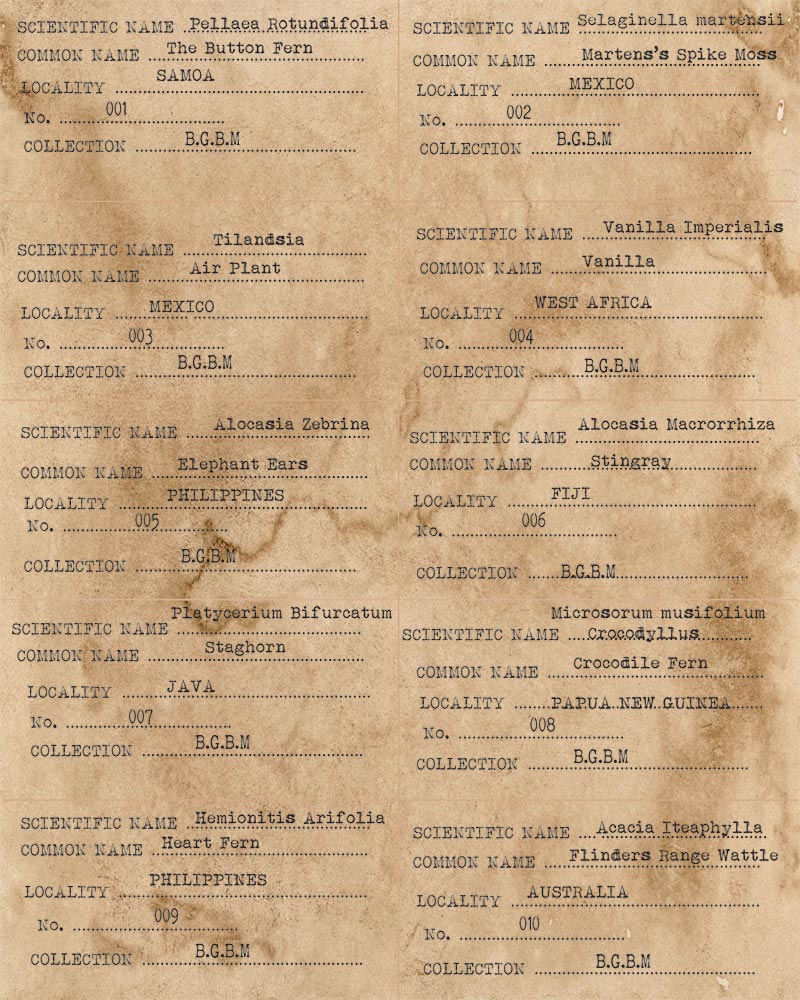