Already Occupied is an ongoing contemporary art project that explores Aboriginal sovereignty through the use of everyday signage – such as those used for traffic control. The project employs humour, language and materiality to spark conversations about Country and the artist’s connection to it.

Already Occupied  recodes signs of construction/destruction and “safety” to privilege an Aboriginal frame of reference. In this project Libby uses hi-vis to reveal a language which has always occupied this continent. Ochre and mud converse with fluorescent polymers in acts of wayfinding, as star pickets, concrete, road cones, polyester, twine and road signs are code-switched to speak of the relationship between exploited land and the material from which colonialism is constructed, turning the tools of occupation into a vocabulary of resistance.

Libby uses this sign language to make temporary installations on country that translate the embodied knowing of performance into a gestural syntax of sovereign listening.

Instalments of Already Occupied  have been shown in various contexts including gallery installations and outdoor performances. Exhibitions have included film and still image documentation of ephemeral earthworks and site specific installations and sound. 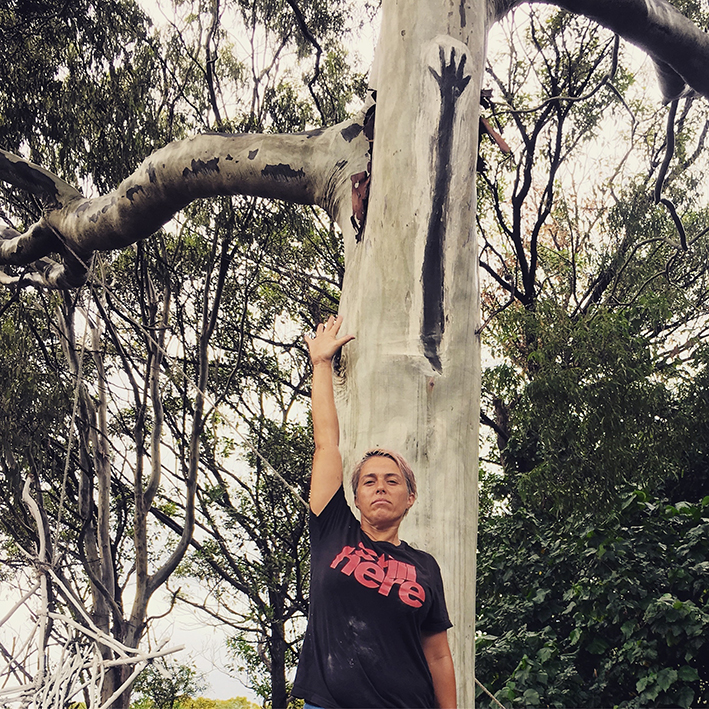 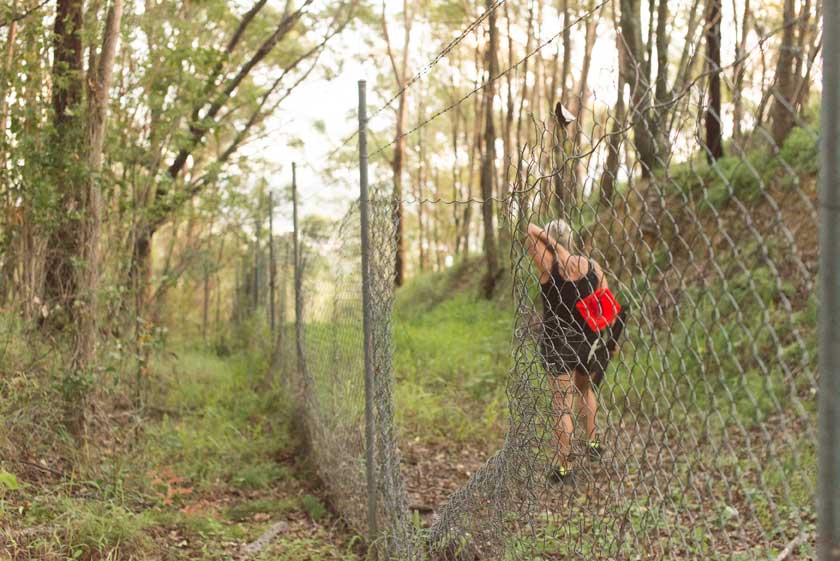 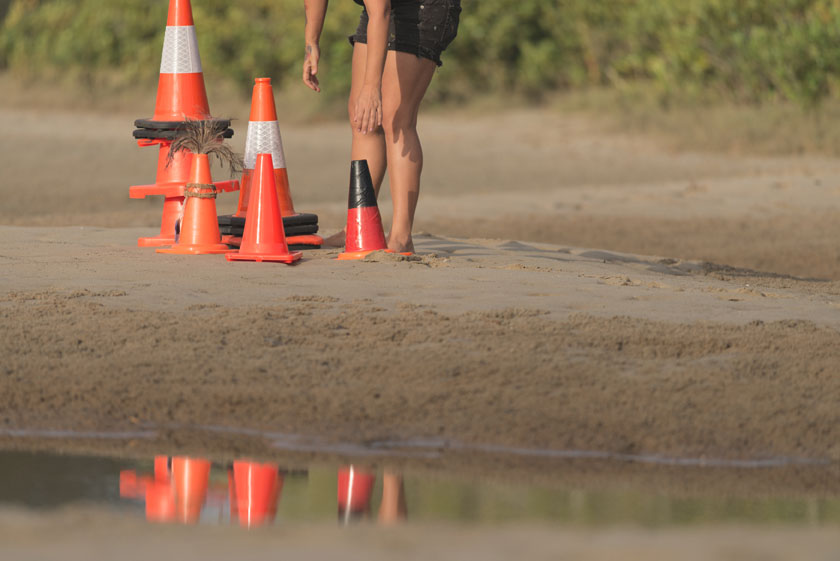 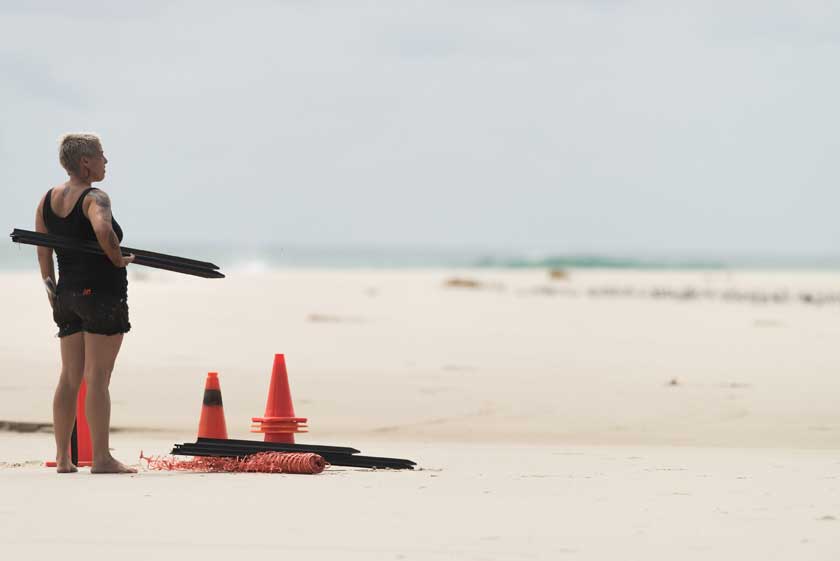 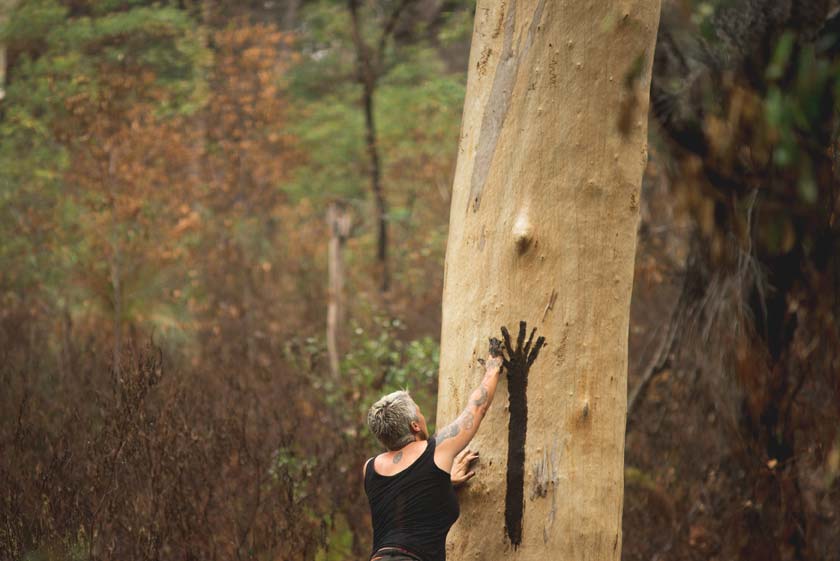 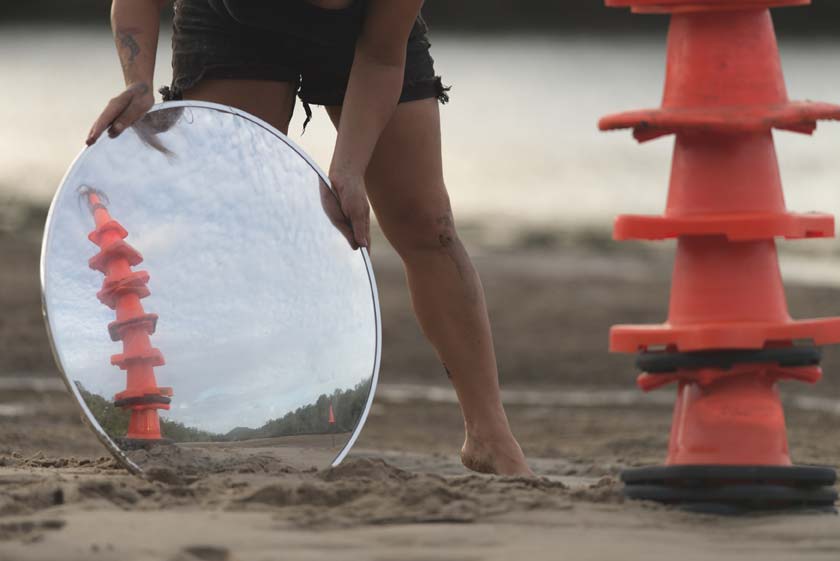 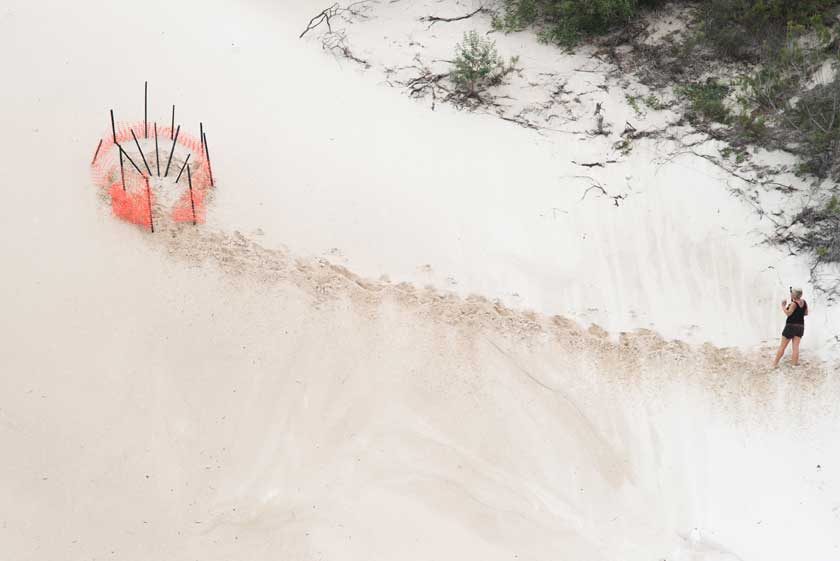 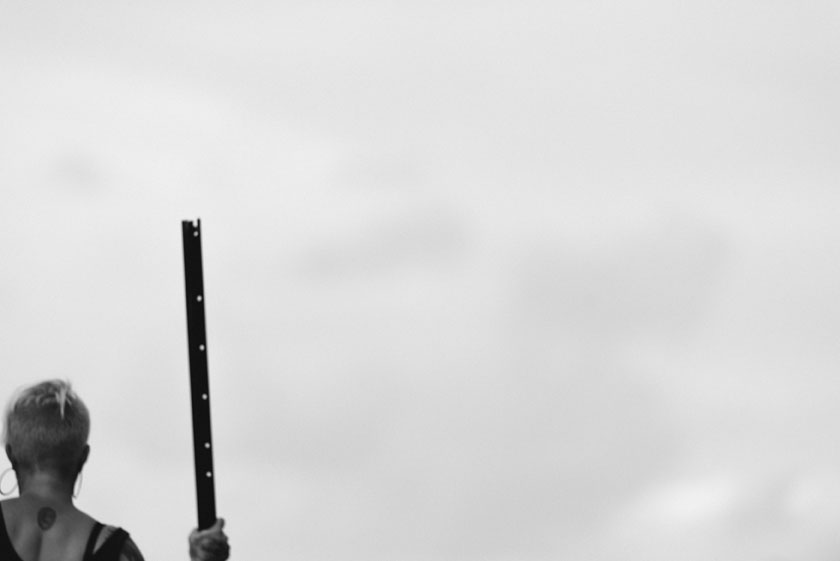 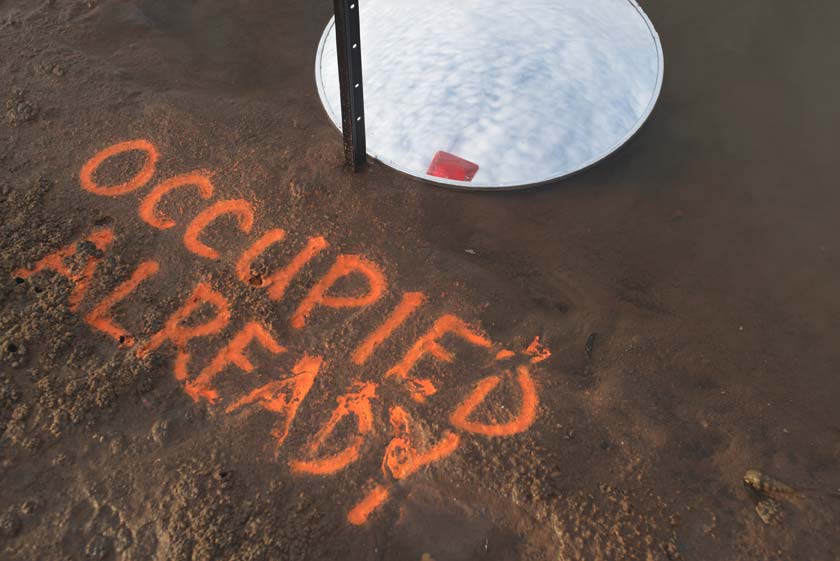 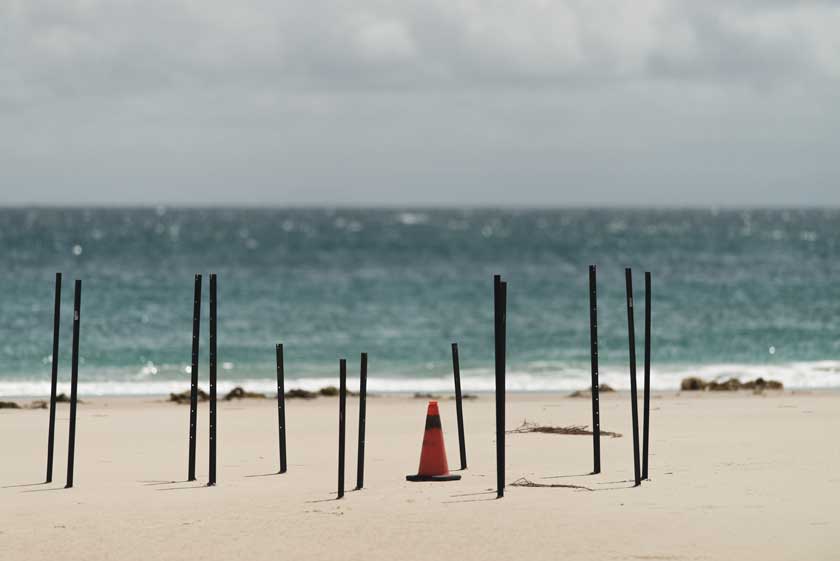 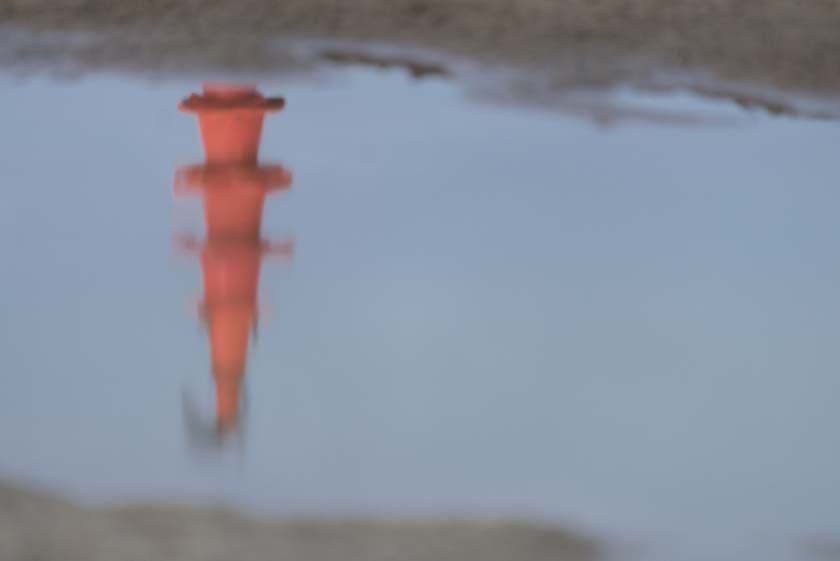