KUNGA – meaning (in Yugambeh- the traditional language spoken in the Gold Coast area) “to call out and to listen” was shown at The Walls – an Independent Artist-run space at Miami on the Gold Coast – in an exhibition curated by Danni Zuvela, from 4 – 18 March 2017.

The curatorial premise for “Enter the Map” engaged selected artists in interpreting the meaning of place in terms of their own life and experience. Three Artists created  three new maps of the city. My contribution presented a First Nation’s cultural ways of knowing and moving through country alongside that of Carlotta – one of Kings Cross’ most famous daughters: a drag queen of the golden era and Scott Redford an acclaimed international contemporary artist.

In the process of making this work and collaborating with Kombumerri man John Graham, I received the Yugambeh word ‘kunga’ which means to both call out and to listen.

In Tallebudgerra creek, with my children holding in the present the ongoing connections of our Quandamooka Ancestors , the paths they have trodden and their relationship with this Yugambeh country and its people I understand through Kunga and Kungullanji.

My map involved the spectator exploring the sight lines from points along Tallebudgera Creek to Wollumbin (Mt Warning) and Jellurgal (Burleigh Headland), journeying by land and watercraft. 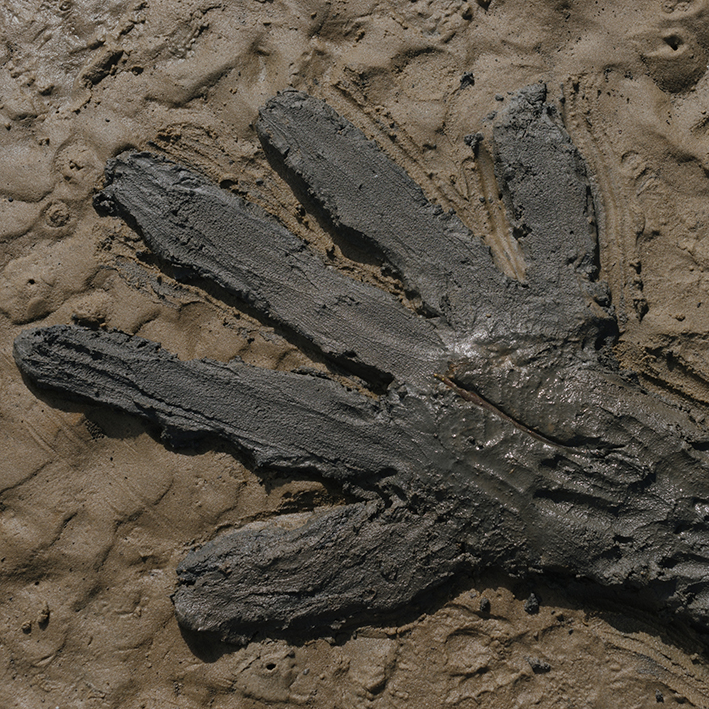 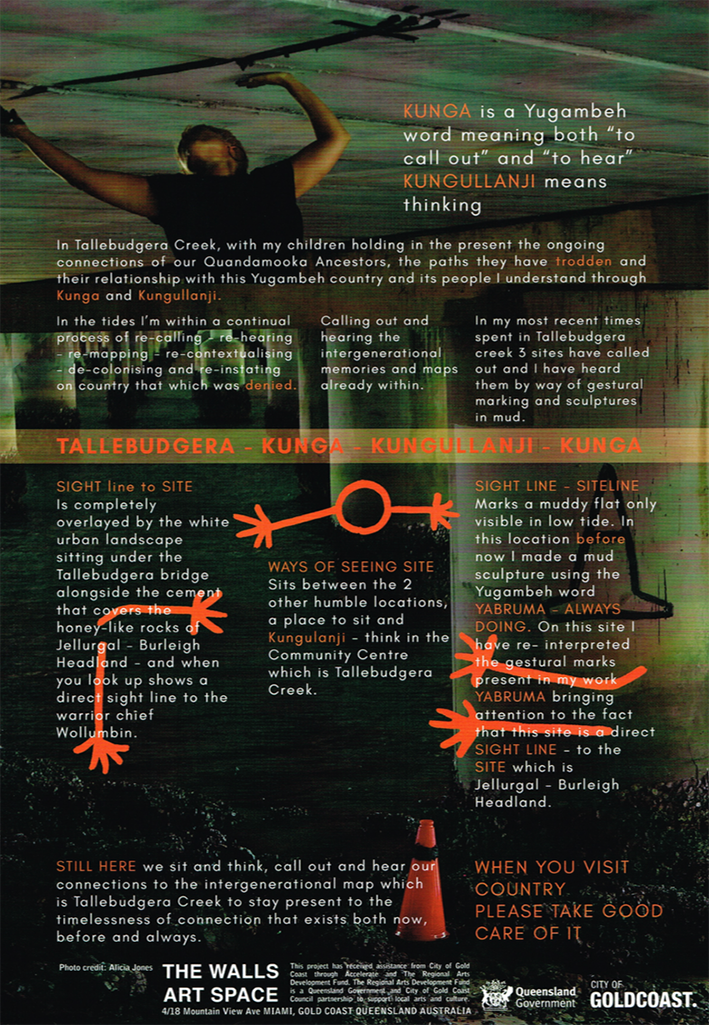 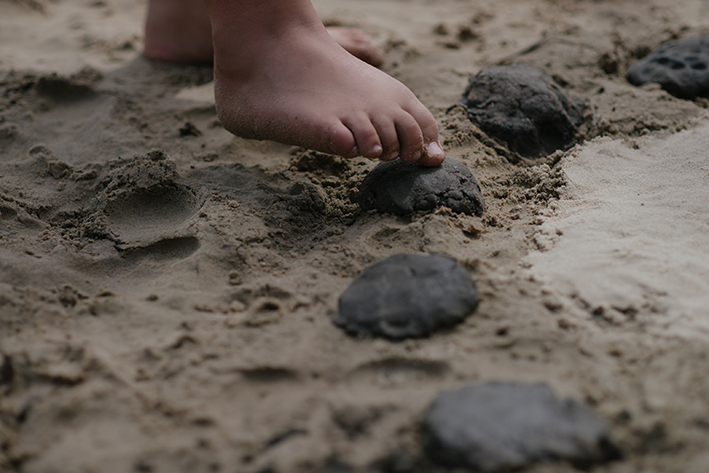